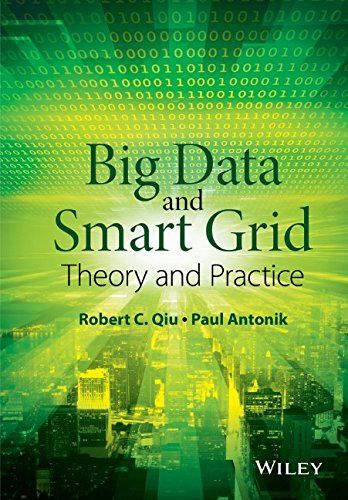 Data is “unreasonably effective”. Nobel laureate Eugene Wigner referred to the unreasonable effectiveness of mathematics in the natural sciences. What is big data? Its sizes are in the order of terabytes or petabytes; it is often online, and it is not available from a central source. It is diverse, may be loosely structured with a large percentage of data missing . It is heterogeneous. The promise of data-driven decision-making is now broadly recognized. There is no clear consensus about what big data is. In fact, there have been many controversial statements about big data, such as “Size is the only thing that matters.”

Download Ebook
607 pages, published in 2017
When, in the fall of 2010, the first author wrote the initial draft of this book in the form of lecture notes for a smart grid course, the preface began by justifying the need for such a course. He explained at length why it was important that electrical engineers understand Smart Grid. Now, such a justification seems unnecessary. Rather, he had to justify repeatedly his own decision to cover aspects of big data in a smart grid course, in order to convince the audience and most of the time himself. Although we feel completely comfortable with this “big” decision at this point of writing, we still want to outline some points that led to that decision. The decision was motivated by our passion to pursue research in this direction. The excitement of the problems that lie at the intersection between the two topics convinced us that the time had come to study big data for smart grid, which is the integration of communications and sensing. For big data, we have two major tasks: (i) big data modeling and (ii) big data analytics. After the book was finished, we realized that more than 90% of the contents were dedi- cated to these two aspects. The applications of this material are treated very lightly. We emphasize the mathematical foundation of big data, in a similar way to Qiu and Wicks’ Cognitive Networked Sensing and Big Data (Springer, 2014). Qiu, Hu, Li and Wicks’ Cognitive Radio Communication and Networking (John Wiley & Sons Ltd, 2012) com- plements both books. All three books are unified by matrix-valued random variables (random matrix theory). In choosing topics we heeded the warning of the former NYU professor K. O. Friedrichs: “It is easy to write a book if you are willing to put into it everything you know about the subject” (P. Lax, Functional Analysis, Wiley-Interscience, 2002, p. xvii). The services provided by Google Scholar and online digital libraries completely relieved us of the burden of physically going to the library. Using the “cited by” function provided by Google Scholar, even working remotely from the office, we could put things together without difficulty. We were able to use this function to track the latest results on the subject. This book deals with the fundamentals of big data, addressing principles and applications. We view big data as a new science: a combination of information science and data science. Smart grid, communications and sensing are three applications of special interest to the authors.
Robert C. Qiu and Paul Antonik
X