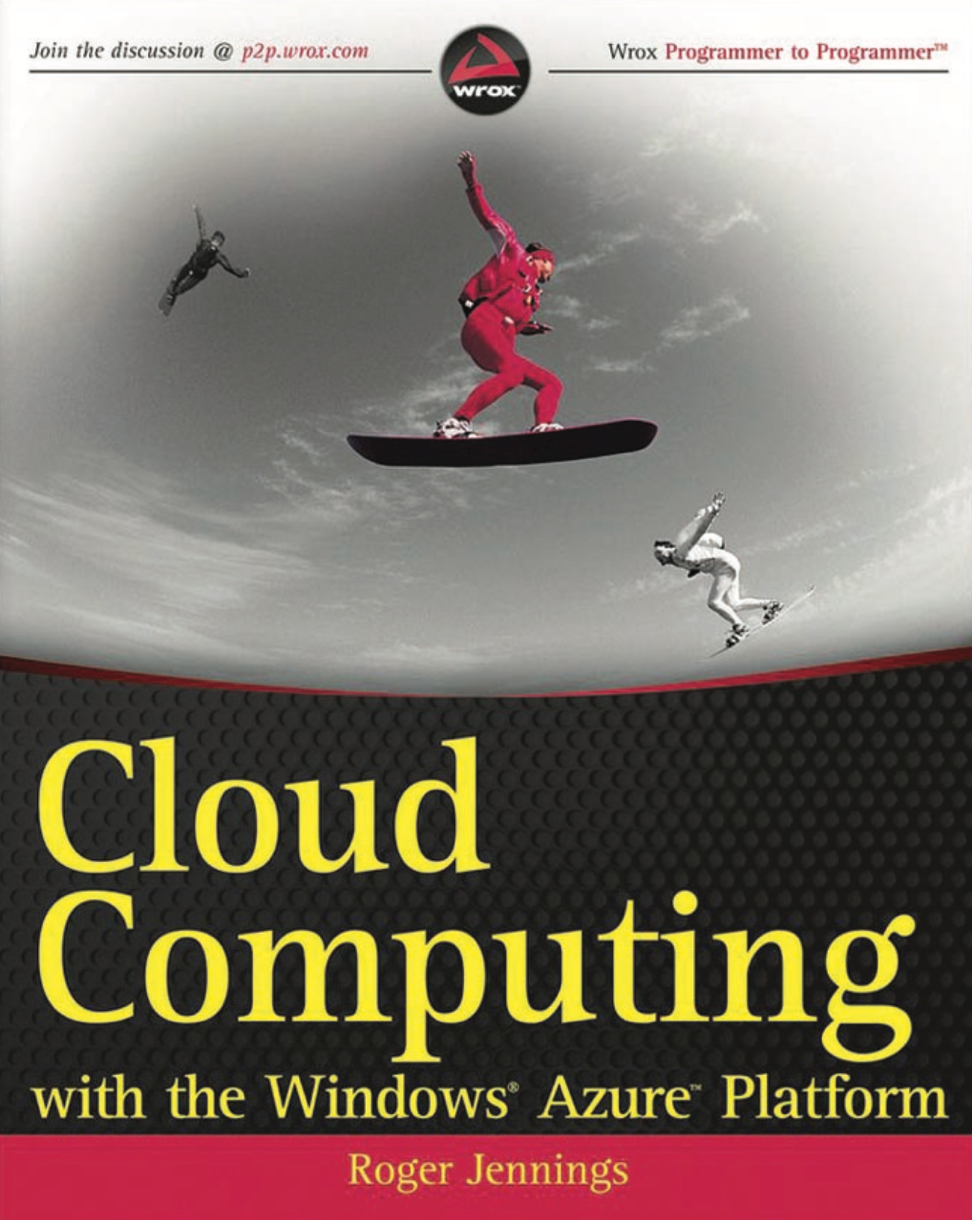 Roger Jennings is an author and consultant specializing in Microsoft .NET n-tier database applications and data-intensive Windows Communication Foundation (WCF) Web services with SQL Server. He’s been a beta tester for most versions of Visual Basic, starting with the Professional Extensions for Visual Basic 2.0 (code-named Rawhide), SQL Server since version 4.21, and all versions of Visual Studio. More than 1.25 million English copies of Roger’s 26 computer-related books are in print, and they have been translated into more than 20 languages.

Download Ebook
363 pages, published in 2009
Many thanks to technical editors Dave Robinson and Mike Amundsen for corrections and suggestions as the chapters passed through numerous Community Technical Previews and SQL Azure Database’s mid-course correction. David Robinson is a Senior Program Manager on the SQL Azure Database (SADB) team. David is responsible for a multitude of things including driving product features, code samples, and most importantly demonstrating to customers the value that SADB and cloud computing provides. David enjoys getting out in the community, presenting on SADB, gathering feedback, and helping to ensure SADB meets whatever demands you throw at it. David has also written for MSDN magazine on developing solutions against SADB. Before joining the SADB team, David was a Solutions Architect on Microsoft’s Health and Life Sciences team. Before joining Microsoft, David held various senior positions with a variety of software and consulting companies. David got his start as a developer at Computer Associates in the early ‘90s. When not working, David enjoys spending time with his wife and helping her corral their four young daughters. David blogs at http://bit.ly/qIT1S, http://blogs.msdn.com/drobinson/default.aspx. Mike Amundsen is an internationally known author and lecturer who travels throughout the United States and Europe speaking about and teaching a wide range of topics including .NET, the Internet, team development, and other subjects. He has more than a dozen books to his credit; his most popular titles are Teach Yourself Database Programming with Visual Basic in 21 Days, Using Visual InterDev, and ASP.NET for Developers. When he’s not traveling, Mike spends his time with his wife and three children at their home in Kentucky. Mike and Subbu Allamaraju are writing the RESTful Web Services Cookbook to be published by O’Reilly Media at the end of 2009. Mike’s mca blog is at www.amundsen.com/blog/. Wrox Executive Editor Bob Elliott convinced me to start writing .NET developer books for Wiley/Wrox. Adaobi Obi Tulton, project editor for this and my two earlier Wiley/Wrox titles, made sure that chapters didn’t slip too far behind the schedule required to deliver this book before the official announce- ment of the Windows Azure Platform’s release to the Web at Microsoft’s Professional Developers Conference 2009.
Roger Jennings
X